I make a splash and in I am. The shallow waters of the bay by our cottage feel cool and fresh on my skin. I shiver. A few fin strokes later, I can see the bottom and then, up ahead, the object of my dive: a lonely group of coral coming into shape. When I hear the muted sounds so distinctive of a living reef community I’m elated. 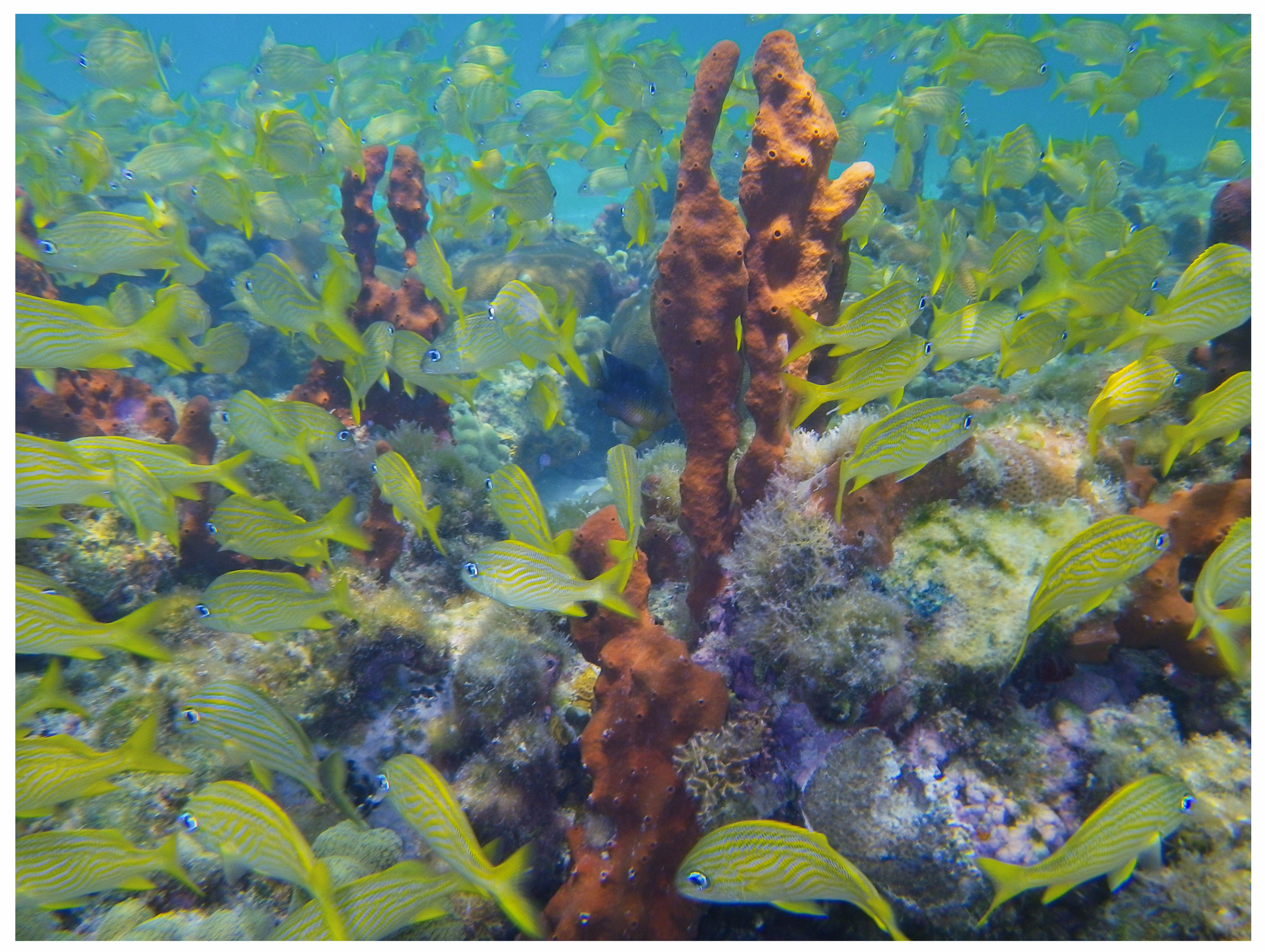 I remember how giddy I felt upon first discovering this spot. Our bay is small, about a mile across. Still, it took many explorations on kayak, paddleboard, and Hobie Cat before Steve and I found it. It requires precise navigation to get there. The main coral head is maybe ten feet across; so easily missed. It isn’t the only place here on this island of few people that can be explored with the feeling of being the first person ever.

The island is full of hidden natural treasures. Hatchet Bay cave with its bats, drip stones, and sink holes. Inside, it’s oddly quiet, so quiet in fact, my ears produce their own hum to calm my brain’s panic at having lost one of its senses. The absence of moving air makes the space feel sticky. The cave is hard to find and easily missed despite or because of the distracting presence of the old grain towers farther down the road. 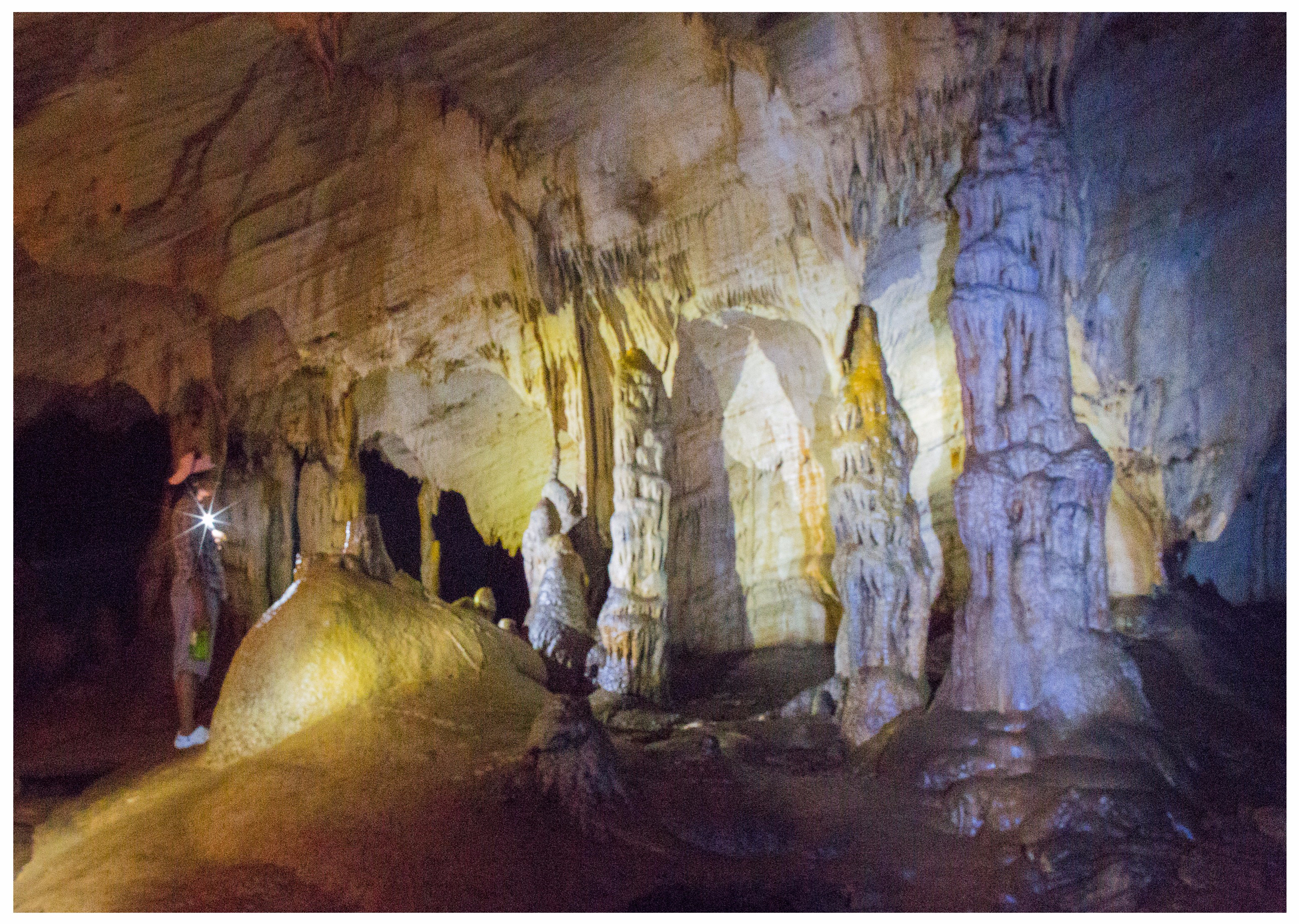 Secluded cliffs line the shores. Queen’s Bath has been discovered by Asian tourists but no fast food stand would survive the onslaught of the Atlantic Ocean and so it will remain nature’s work in progress without human infrastructure. I feel confident to find it unchanged, always.

I heard a talk once about the sea turtles’ lost years. Researchers have long been mystified by the lack of data about the creatures’ whereabouts during the years after hatching and before returning as adults. I know the answer! It is here, in our bay and in the many other bays on the island. What a delicious secret to keep. 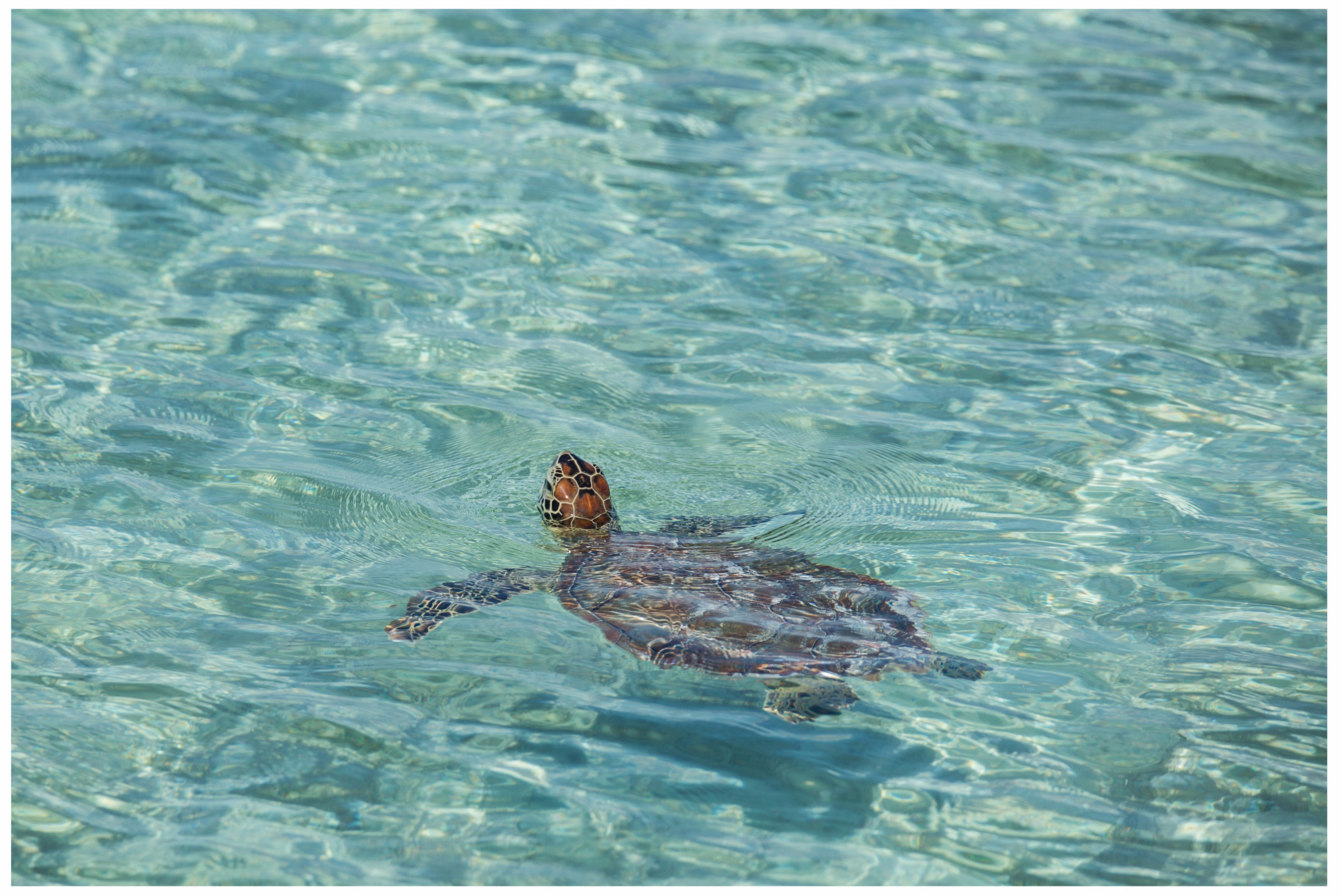 Here and in other wild places, my little explorer’s heart and senses are happily engaged for many days without company yet devoid of boredom. And it’s a good thing because without it my peace and inner balance are in danger. I speak as someone who generally needs elevation for proper reflection. Not necessarily under me but at least around me. These days, however, I have to hop on an airplane and fly two thousand miles before I can go for a proper hike. I do that, once or twice a year, but my dream is to just have to walk outside the house and start hiking without any motorized help.

But back to my little secluded – probably not that undiscovered – special place, my reef. I’ve been coming here for some time, at different seasons of the year and different times of the day, and I’ve been delighting in the small population of juvenile reef fish and other animals: the tiny territorial ocean trigger who bit the lens of my underwater camera to scare me away; the colorful french grunt and yellowtail parrotfish darting here and there with no apparent purpose; the tall, round, rugged hard coral, the limestone masons; the purple sea fans that look suspiciously like plants but are, too, of the animal variety. 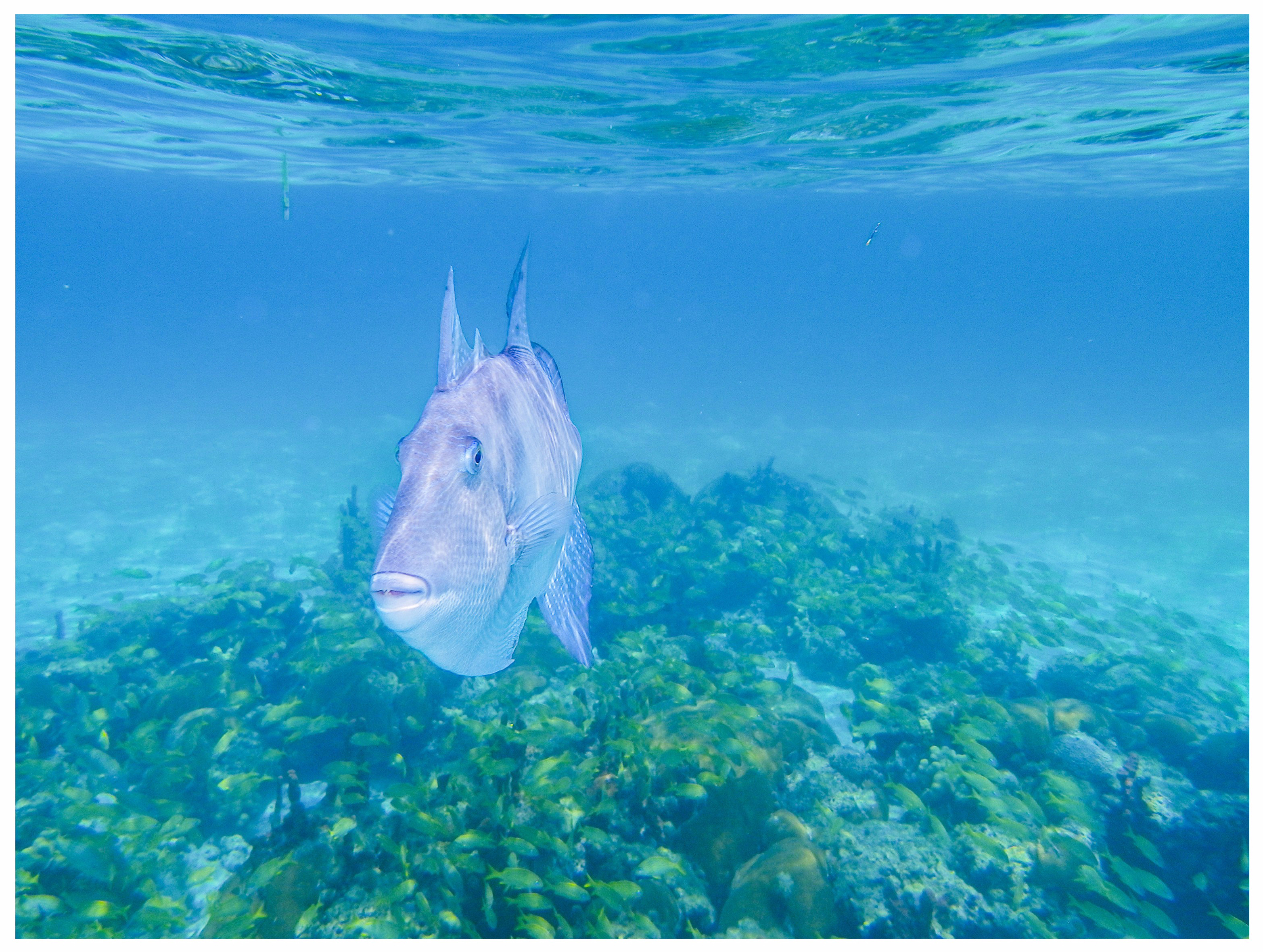 This year, however, I noticed a big change. Fewer inhabitants, less color in the hard coral overall and a noticeable amount of macro algae – the enemy of all healthy reefs.

The world has caught up with my little peace of blue paradise. Coral reefs cover less than one tenth of one percent of the ocean floor but they support about twenty-five percent of all marine life. A staggering ratio. And now sea surface temperatures have increased and the ocean has steadily become acidified to a degree that all the world’s coral reefs have been affected. Just last year, a large tract of the Great Barrier Reef, the largest living structure visible from space, has been declared dead.

It had never occurred to me that the same fate could befall my precious limestone sanctuary here in this remote location. But why not? Scientifically I know better but I’d jealously guarded this place for nearly a decade. It had become a temple, a place to worship nature. I’d never wanted to bring anyone here, just like I prefer to walk the desert trails alone. It’s mine when I’m there. I can be who I want to be when no one is around to tell me differently. Rocks don’t threaten me – they show so little interest in my presence – it may be why I feel so safe among them.

I understand not everyone feels like me. Not everyone can find what I find in wilderness. Otherwise entry to nature would have to be by lottery. But maybe next time I go, I’ll take a friend. Someone unlike me, someone who may not know what I know. I’ll share my secret. Maybe they’ll learn about the peace and balance that can be found in nature and maybe they’ll learn to heal themselves when nothing else works. Maybe they’ll then make different life choices that’ll better protect the remaining wild places in our world. It’s not too late. Nature is resilient and I remain hopeful that reefs and forests and other wild, unspoiled places will recover, as long as they’re taken care of.