Years ago, I heard a talk about the “Sea Turtle Lost Years”. Researchers had been tracking and monitoring sea turtles as hatchlings and again as adults but little was known about their early years as juveniles. 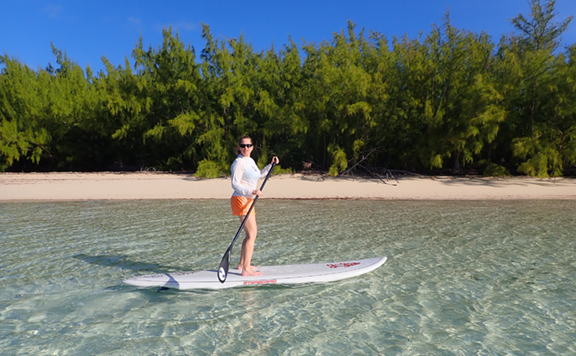 As I’m paddling along the shore at the bottom of the bay, I count numerous shadows gliding along below the surface. Sometimes these fuzzy shapes come close enough to become carapace and flippers. Sometimes, a head pops out of the water, the mouth opens, the eyes rove and a juvenile green sea turtle looks at me. If I paddle downwind from them, I can watch as they repeatedly come up for air and maybe a little bit of sunshine. If they sense me, however, they pop back down and immediately zip away. 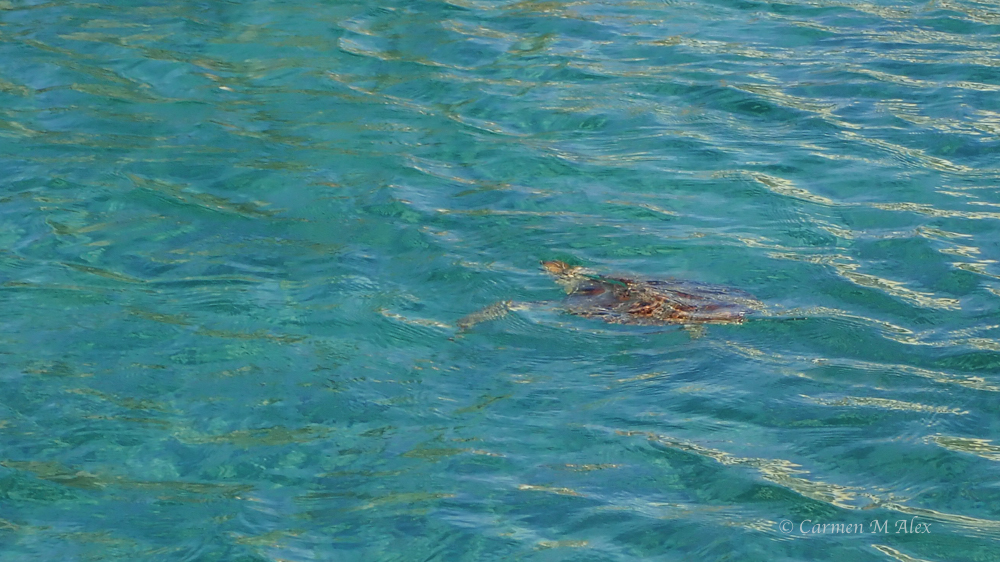 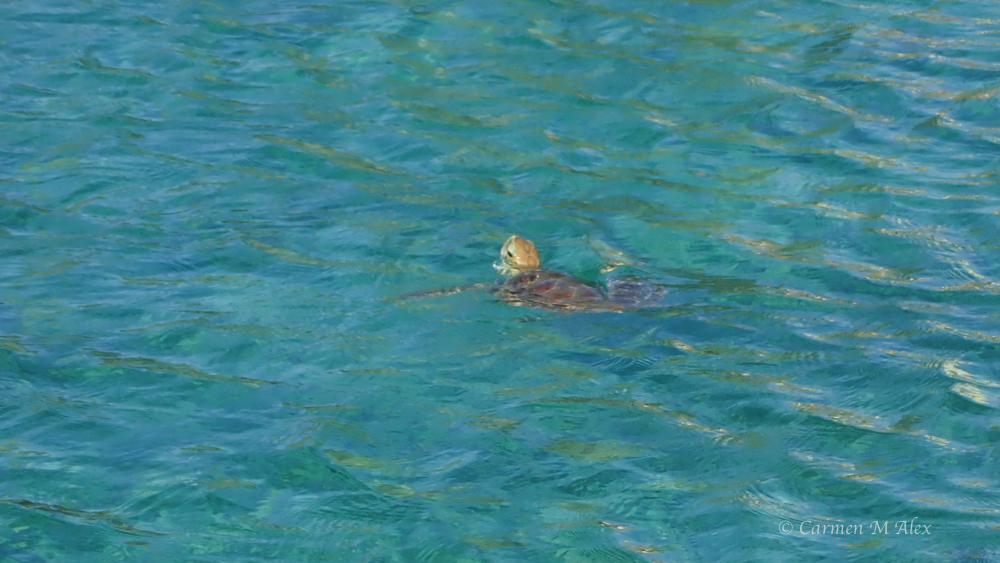 I watch the paddle glide through the water, making little swirls that continued to travel along, behind and away from me. The bay is a place of quiet and contemplation. Few people brave the dirt road that leads to the narrow finger of land that keeps the bay from spilling into the sea. Some come with boats. They anchor and tumble into the turquoise waters where they cut the silence by flailing, yelling, and laughing as loud as they can. I think of it as a form of Nature Tourette’s. Man lets the beast know he’s arrived and in charge. Maybe it’s a prehistoric reaction to fear of wilderness and the unknown.

Thankfully, most days the bay stays quiet. Those of us who come here to enjoy the solitude and peace don’t have to search far or long. It’s just here. The bay is magical. It draws you in and makes the rest of the globe seem far away and unimportant. Sun and salt tickle the skin, a light breeze ruffles the hair, the water laps gently–these are the moments when nothing else matters.

I’d been here for a week before I could go on the water. The wind was gusting for days and all I could do was watch the Atlantic relentlessly smash itself onto the cliffs behind the cottage. Finally, it laid down and everything calmed enough for a paddle on the bay. The sun had a chance to warm the water and my skin. Erika and I got in our kayaks to explore a small mangrove canal off the main bay. 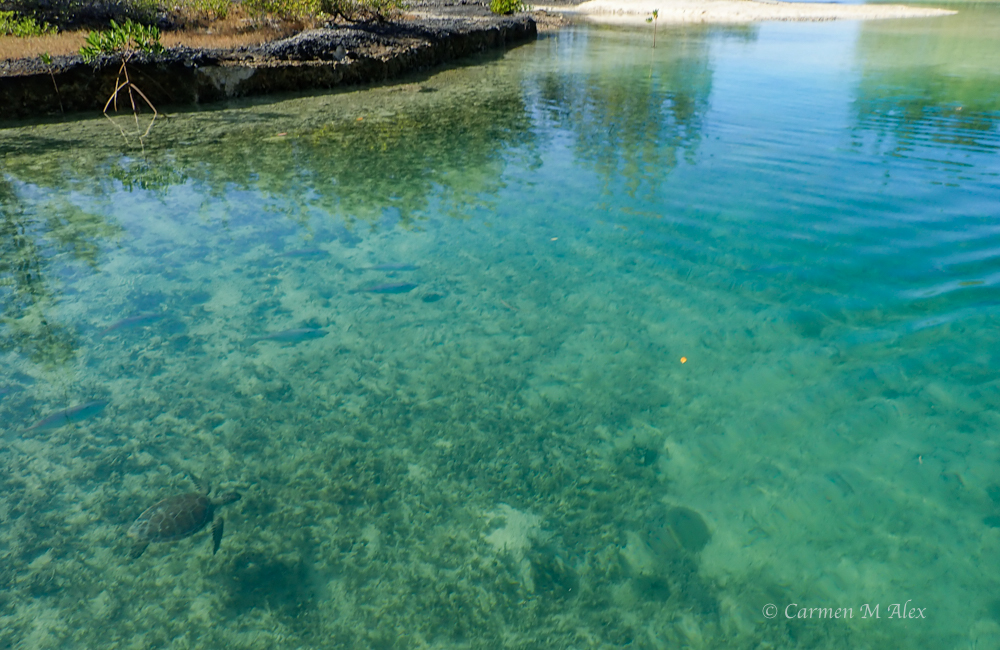 I lost count of the turtles we saw. They were tiny, some only ten inches, others a little bigger. It was the first time I kayaked with turtles instead of among them–they weren’t shy and didn’t get out of the way but continued to swim next to and even between us. I cannot help but wonder if these moments when we participate in nature, can shape who we are as people. When we allow ourselves to open up and something touches us profoundly, can we take that feeling, that instant, that experience with us to draw from it when we’re back to the inevitable hustle that’s our life? 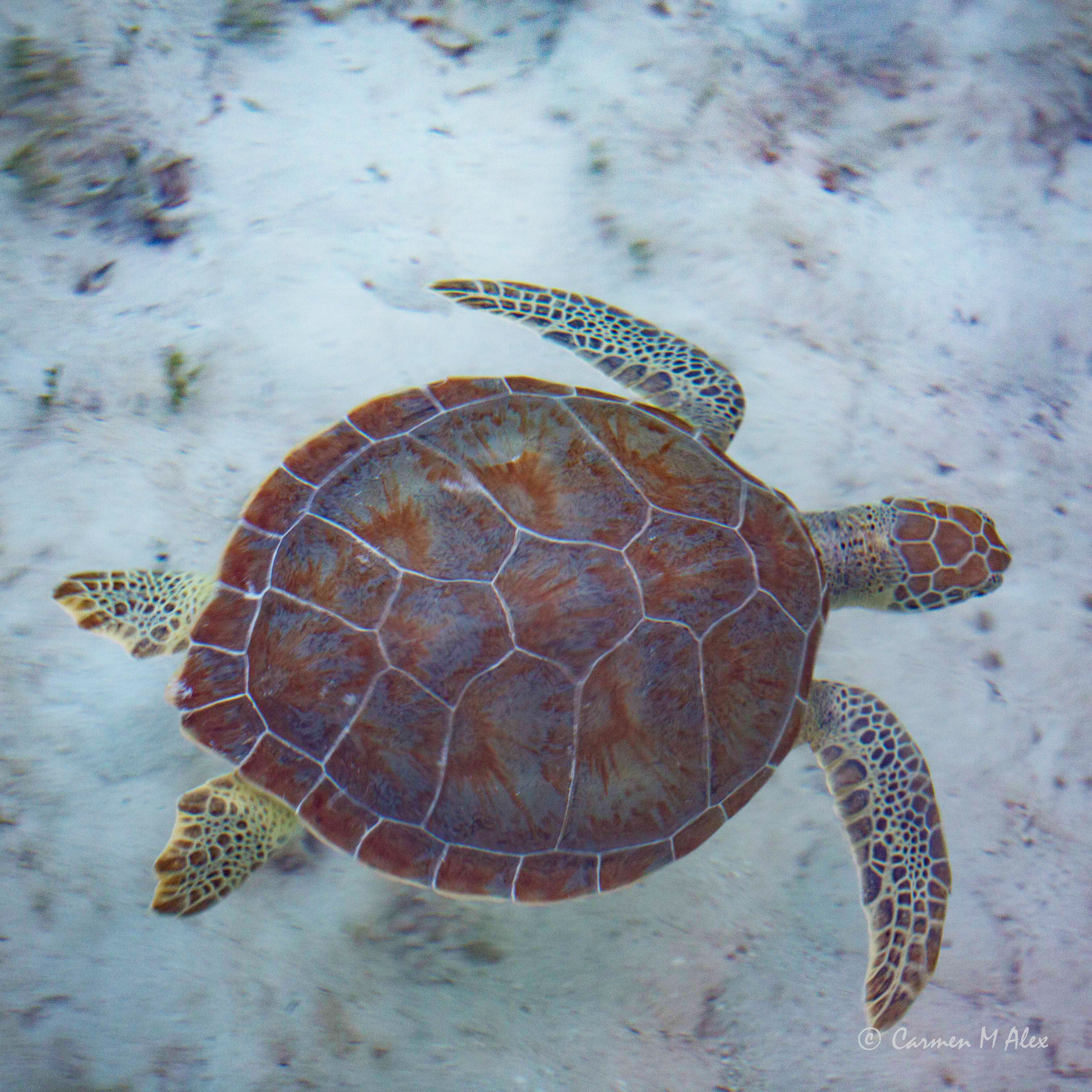 As I watch the turtles flit around, I wonder what their purpose is. Are they here just to grow up? I’ve seen them tucked in among the mangrove roots and under a pier, so I know they sleep or rest at least. Are they looking for food? How much do they need? Most sea turtles are omnivores. They love everything from seagrass to jellyfish to crabs. Green sea turtles are different. While they start out as omnivores, the adults become herbivores that feed on seagrasses and algae.

The bay must offer a variety of delicacies to the juveniles. There are macro-algae and crabs of all sizes. I haven’t seen the turtles feed on anything but I’ve watched the little ones play with one another. They chase around in circles, then dart here and there. Maybe they are here to play and grow so they can return to the ocean when they’re massive enough to have a good chance at survival. I know they return to the beach they hatched on when they become adults but I don’t know much else beyond that. 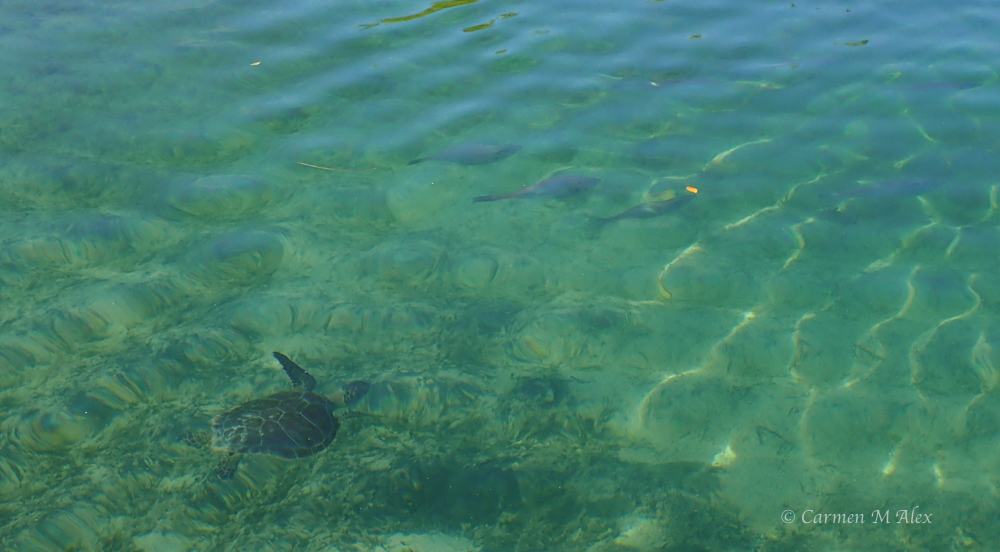 I do know, there’s nothing like watching sea turtles glide through the water right next to me. It’s fun to watch them from a kayak but nothing beats the angle from a paddle board. A few feet make a lot of difference. The turtles look worry-free in their pursuits of nothing. Maybe we’re the only threat out here. I hope this bay will continue to be a safe haven for these ancient critters that have persevered for millions of years. And I hope that my species will continue to be inspired and humbled.